For this show, we build a comic-book-store set and let host Jeremy Bent give us an insider’s tour. Jeremy highlighted the weirdest comic book storylines in a game of “Real or Not”, visited the Javits Center to ask questions about Comic Con to attendees of an interior design convention, and at the very end of the night: Jeremy’s pitched a brand new comic book to his industry guests. DID HE SUCCEED? His rent depended on it.

To check out clips, click on some of the artwork inspired by the show’s banter, mainly about what if Jeremy was a cat: 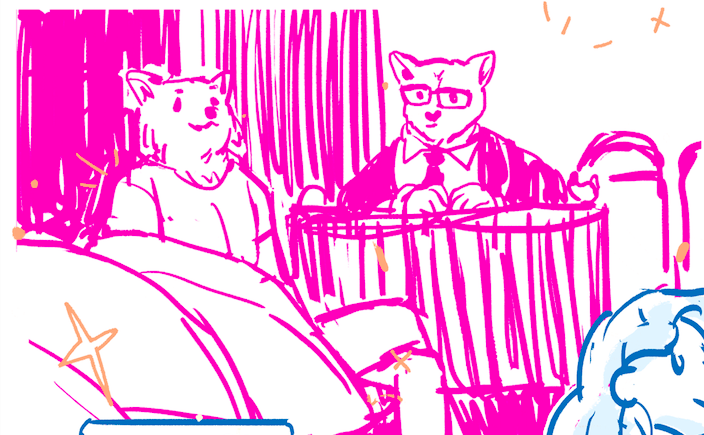